[Part 2 of 2] How to handle a current “Reluctant Employee”

If someone can do the job but they choose not to, they’re a “Reluctant Employee.” You can avoid hiring them by asking the right interview questions. (More on that in Part 1.)

Here in Part 2, I’ll share what to do if you realize one of your current employees is a Reluctant Employee.

Wondering if a current team member might be a Reluctant Employee? Here are common symptoms:

Those don’t guarantee someone is a Reluctant Employee, but one or more may be a sign that you need to dig deeper. Once you have your suspicions, you need to take action—here’s how.

It’s easier to avoid hiring Reluctant Employees in the first place. Once you realize you have a Reluctant Employee on your payroll, you need to take action. In my experience, avoiding the problem just makes things worse—hurting both client results and coworkers’ morale.

Dig into why they’re reluctant

It’s easier to solve this if you know why someone is a Reluctant Employee. For example:

You’ll get answers through your own observations, observations from your middle managers, and conversation with the employees themselves.

Confirm it’s not a skills issue

If someone wants to do their job but doesn’t have the skillset, they’re not a Reluctant Employee—instead, they’re an undertrained employee.

Map out how you can fix that—including whether the employee can upgrade their skills fast enough to meet your needs.

Assess the gap between today vs. the ideal

What’s the gap between where they are today and where they need to be? (This is an important analysis in any situation, regardless of whether someone is a Reluctant Employee.)

Knowing this should help you—and the employee, and their day-to-day manager—map out how to get from Point A to Point B.

It helps to be specific. For instance, don’t just say, “You should do XYZ faster.” Instead, quantify: “Task XYZ should take less than 4 hours to complete; you’re currently taking 10+ hours to complete it.”

Create a framework for their virtuous change by putting them on a Performance Improvement Plan (PIP). Here are some example bullets that might appear (just one or two, I hope!) on a PIP for someone who’s a Reluctant Employee:

What examples would you add to that list, from what you’ve observed in your current or past Reluctant Employees?

Weigh moving them to a new role

If the Reluctant Employee is a strong culture fit and you have another role that’s a better fit, consider moving them to a new role. But be sure they understand what’s required of them in the new role—you don’t want to have to terminate them from the new role in a few months.

This won’t work if your agency doesn’t have an opening; don’t stress your finances just because you feel guilty.

Reflect on your responsibility in the problem

As a leader, this is at least partly your responsibility—in hiring and/or in managing them.

A friend’s agency ignored red flags when a career designer applied for a job as a project manager. She swore she wanted to move to project management, so they hired her as a PM. Yet as soon as the new PM joined, she started interfering with the designers’ work. She turned out to be a “reluctant PM”; her interference hurt her coworkers’ morale and meant she wasn’t meeting her billable targets. When the agency finally fired her, she sued the agency on trumped-up charges.

Another agency client hired an employee on the promise that she would work across several departments in the near future. Problem is, the employee assumed “soon” was two months… while the department head had assumed 12 months. Three months in, she started looking for a new job… and four months in, she left.

Be careful what you promise, and be skeptical when someone’s behavior reflects a shift from their previous patterns. People can change, but they need a good justification when something shifts. Past performance tends to predict future performance.

No matter what you do, don’t avoid the problem! The “can, but won’t” mindset will frustrate you and your middle managers. And eventually, your strong performers may quit because the Reluctant Employee(s) is dragging them down.

It may help to get outside perspective on the situation—from a business partner, a peer at another agency, a coach, or another business advisor. (If everyone agrees it’s a problem but you’re still not sure… you should pay attention to that pattern.)

In Herman Melville’s 1853 short story Bartleby the Scrivener, the eponymous Bartleby is the epitome of a Reluctant Employee. Eventually, whenever the boss requests something, Bartleby replies, “I would prefer not to.”

In spite of what’s clearly insubordination, the boss feels bad for Bartleby, and he keeps letting the employee get away with not doing the required job.

The boss finally moves to a new office building to get rid of Bartleby. Talk about conflict avoidance…

(Semi-related, I encourage you to you read Bartleby the Scrivener. Bartleby’s boss demonstrates what happens when managers abdicate rather than delegate. At only ~32 pages long, it’s free from Project Gutenberg.)

Question: What’s your next step when it comes to handling Reluctant Employees at your agency? 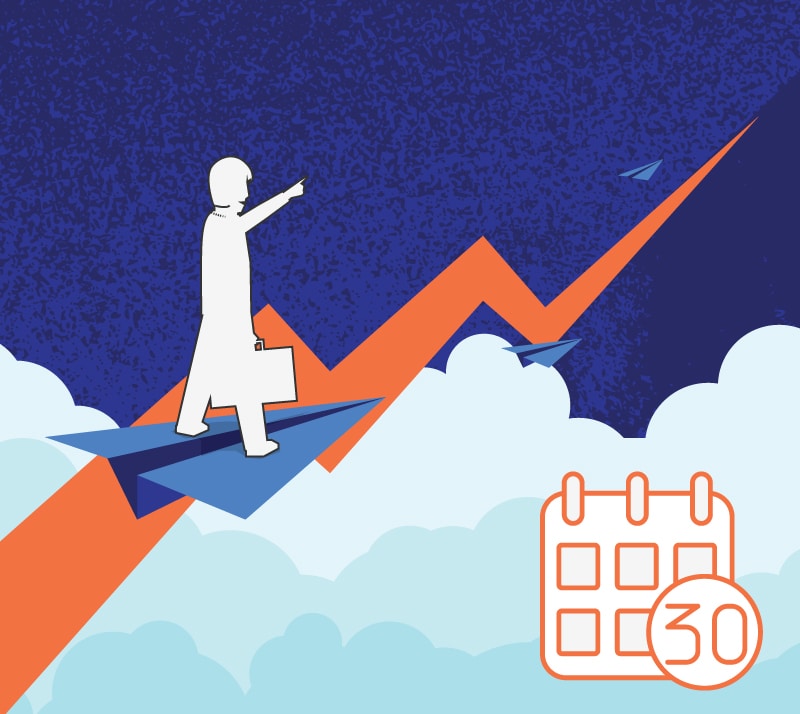 Get an entire book’s worth of management advice, directly to your inbox with our free 30-Day Manager Email Course. You’ll also get my twice-a-week agency newsletter, with actionable tips to help you keep up the momentum. To get started, complete the form below.