Create a Performance Improvement Plan (PIP) — with a free template 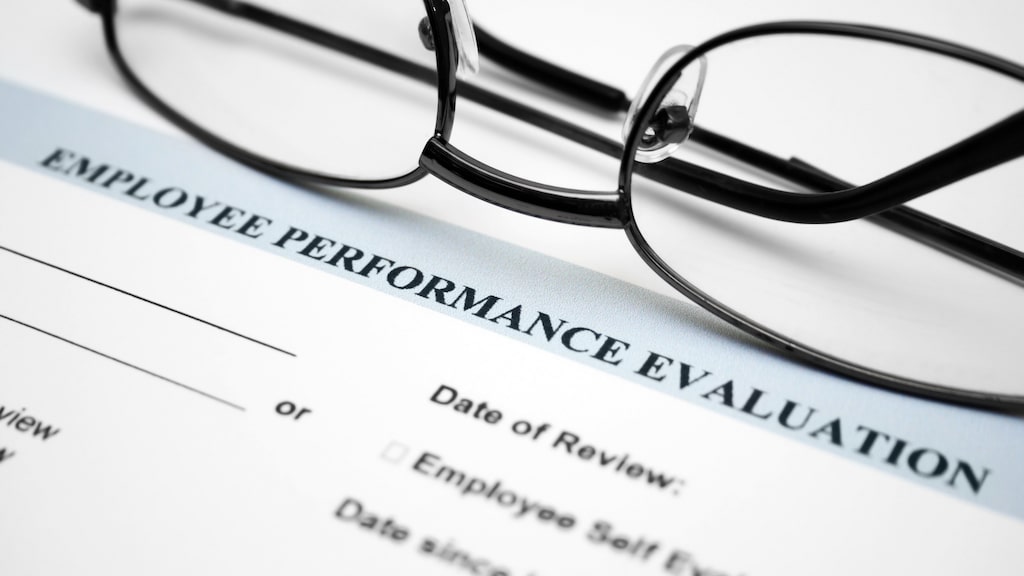 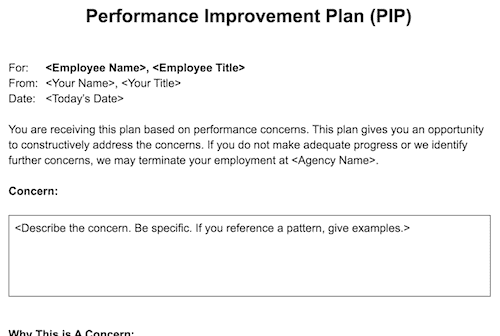 Keep having problems with an employee? If your verbal warnings aren’t fixing the problems, it’s probably time to put them on a Performance Improvement Plan (PIP). The PIP gives them an opportunity to fix things… instead of your firing them first. Let’s look at when to use a PIP, how to write a PIP, how to introduce a PIP to the employee, how to manage the PIP, and what to do if the PIP doesn’t work. To save you time, I’ve created a free Performance Improvement Plan template for you, which you can download here. With all of this, consult with your attorney—I’m not a lawyer.

When to use a Performance Improvement Plan (PIP) on an employee

Use a PIP when you’re seeing a pattern of performance problems from an employee. What constitutes a pattern? It might be something you keep reminding them to fix, or it might be a series of small things that add up to a larger concern. It’s reasonable to put someone on a PIP if there’s a major problem and the employee won’t take responsibility for it—it’s a sign they aren’t going to learn from the mistake otherwise. Don’t use a PIP if you haven’t use a verbal (or email) warning first, and don’t use a PIP if it’s an isolated issue. Everyone makes mistakes—PIPs are about a serious problem or a pattern of problems.

What merits a PIP

If an employee’s continued behavior will cost the company money—or your sanity—and your verbal warnings haven’t worked, it’s probably time for a PIP. Here are examples of things that might merit a PIP.

How to write a good PIP

A good Performance Improvement Plan is specific and measurable. That is, you need to cite specific examples of problems, and you need to be clear about what ideal performance looks like. For instance, it’s reasonable to say “Salesperson’s production was 37% below quota in Q1” (specific) and then “To resolve, salesperson must hit 120% of quota in Q2” (a clear vision of ideal future performance). It’s not good to use fuzzy statements like, “Employee has a bad attitude”—because that’s not inherently fixable. Instead, be specific: “One client and two coworkers report that you regularly cut them off during meetings.” Your PIP must be clear about what will get the employee off the PIP—otherwise, you and they will disagree later.

How to introduce a PIP to an employee

Your employee may be surprised that you take it seriously enough to create the PIP, but if you’ve warned them about the problems first, the PIP shouldn’t be a complete surprise. Schedule a one-on-one meeting with them—ideally as soon as possible (so you don’t let things linger), and certainly as soon as you’ve written the PIP. Tear off the Band-Aid. Focus on the content in the PIP—there’s a reason you wrote it that way. Get their signature to confirm receipt—they don’t have to agree with your PIP assessment, but they should be aware that if they don’t implement the changes you’ve identified, they may be terminated. In rare cases, an employee may refuse to agree to follow the PIP. In that case, you probably have grounds to fire them immediately for insubordination.

How to manage a PIP

Your PIP should have a timeline for the improvements. Ask the employee to create a plan for meeting the PIP’s targets, and offer to assist them (if appropriate) as they work through the plan. I recommend scheduling a check-in meeting partway through the PIP, to see if they’re making progress—if they are, that’s good; if they aren’t, you won’t be blindsided if they flake out completely. Be aware that some employees will see the PIP as a sign they should get a new job. Don’t be surprised if they start looking. Ideally, pre-schedule a meeting for when the PIP ends, so you can review their progress. Make them do the legwork to show their progress—you shouldn’t have to manage every detail.

What to do if the PIP doesn’t work

At agencies, I’ve seen PIP success rates ranging from 30% to 60%. That is, employees often recover from a PIP, but it’s not guaranteed. What are the signs a PIP is likely to succeed? Look for two in particular—is the employee taking responsibility for the problem, and are they capable of making the changes you need? If so, there’s a good chance they’ll turn it around. If not, they might not make it. If the employee doesn’t successfully complete the PIP, you’ll need to decide whether you need to escalate to firing them. If they’ve made some progress, it might be worth giving them another chance with a revised PIP. If they’ve made no progress, it may be time to cut your losses.