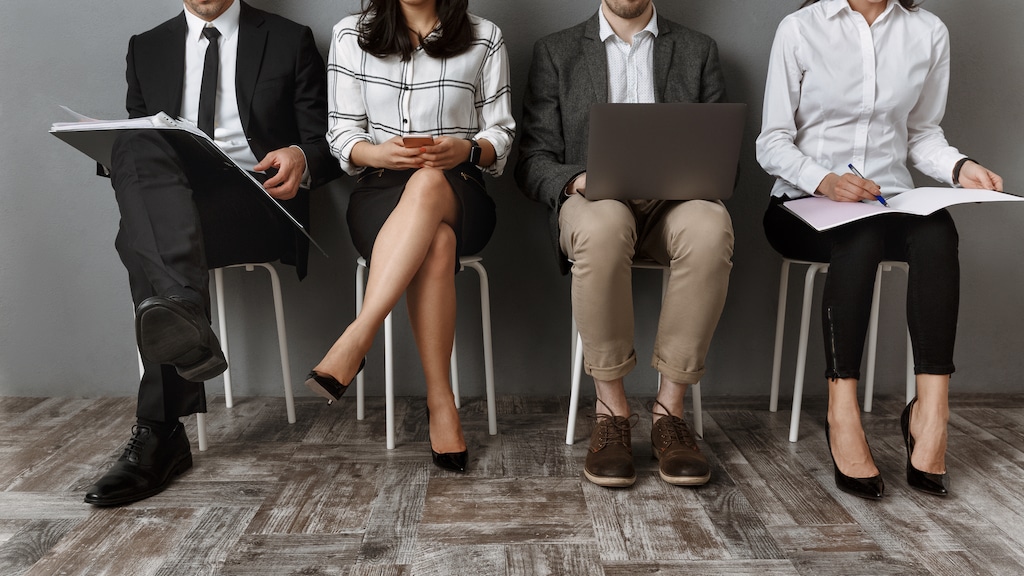 Have you ever brought someone in for an interview, only to quickly realize they’re obviously a terrible match? The easiest way to avoid bad job candidates is to pre-screen job applications before even a phone interview.

What’s the key? It comes down to assessing three things—remember that the ideal job candidate is someone who 1) can do the job, 2) wants to do the job, and 3) fits your culture.

A client was recently hiring for three new roles at his digital marketing agency—a full-time Project Manager, a full-time Community Manager, and several freelance Copywriters. He asked for my feedback on several candidates—and I applied this model to help him avoid bad job candidates.

In my experience reviewing nearly 1,000 job candidates over the past five years, the pre-screening key (before you offer a phonescreen interview) is to answer three questions about each job candidate:

You probably won’t ask them these questions directly, but you need to understand how they’d respond if they were to answer them honestly.

Pre-Screen Shortcuts: Where To Find the Real Answers

You can gather the answers based on what the candidate shares in their cover letter and resume, and from their social media presence.

An application can lie—because it’s customized to your job posting and your agency—but the rest of their online footprint usually lets them present just one version of their career. Let’s look at three recent examples as I helped my client navigate the candidate screening process.

One of the Project Manager candidates claimed to be a PM but his resume read suspiciously like a marketing copywriter who was pretending to be a PM.

My glance at his LinkedIn profile quickly confirmed that—his profile was all about content creation and almost nothing about managing projects. I said to my client, “If you asked him to describe the biggest project he’s managed, I bet all he can share is examples of solo projects.” But he was a good writer—I recommended that my client interview him for the freelance copywriting role.

Example #2 (Not a Company Fit) — Doesn’t Care About Culture

Another PM candidate had a PM background but didn’t explain why she was seeking to leave her current job at a large media company to join his small agency. Her generic cover letter did nothing to address why she was legitimately interested in his company. She highlighted that she’d have a shorter commute (from 90 minutes to 10 minutes) but that was a compelling reason for her, not a compelling reason for him.

If she’d said, “I’ve had a great experience the past decade at XYZ but I’ve realized I’d prefer to be at a smaller company where I can make more of an impact,” I’d have at least recommended an interview—after getting a satisfactory answer from her about her digital project experience.

But it sounded like she didn’t care about culture and she didn’t make a case for why my client’s agency appealed to her as a company—not a good match. It’s the same issue if someone has been at their current job for a few months—they don’t care where they’re going.

Another PM candidate claimed to be interested in continuing her project management career, yet LinkedIn showed she was almost finished with a second bachelor’s degree—in elementary education.

She had almost a decade of relevant digital PM experience but I bet you that she hates PM and wants to be a teacher instead. Fine for her… but she’s not the person to hire as an agency PM! My client needed someone who can do the job and who wants to do the job.

Try using this approach at your agency when you’re pre-screening candidates. This process works on candidates who’ve applied to a job posting as well as to people who’ve cold-contacted you about hypothetical openings.

You should also use it on people you’ve met at networking events who say they’d like to work for you—do they have good answers to all three questions? If they don’t, they’re probably not a good fit and you shouldn’t consider hiring them.

With this approach, you’ll find that you’re doing phonescreens with better matches. Not all of them will be perfect—that’s the point of doing phonescreen interviews before in-person interviews—but you’ll stop wasting time on people who were never a good match in the first place.

Question: What pre-screen shortcuts do you use to avoid bad job candidates at your digital marketing agency?