Paul Evans is the Managing Director of Toro Digital, an agency specializing in digital marketing for law firms across Australia. After working with Karl for less than a year, Paul grew his agency 800% in less than five years—even during the pandemic. How did he do it? Read his story.

It Was Time to Get Unstuck

Paul was doing well with his small generalized agency but eventually found himself at a crossroads: “I had two staff members and was making enough money to live on, but I was in limbo trying to decide if I make this a ‘real’ agency or focus on staying small by doing some basic design and marketing work.” Paul’s gut told him to stay small, yet he wanted more: “I wanted to grow but lacked the confidence to draw a line in the sand, pick a niche, and run at it.”

Paul began researching agency consultants and was drawn to Karl Sakas of Sakas & Company. “I had been a reader of Karl’s blogs for a few months… his information was practical, and he felt like a good fit.” Right away, Paul noticed: “Karl is friendly and genuinely listens. I was in a rut and he understood where I was and the challenges I was facing as an agency owner; he helped me snap out of it.” 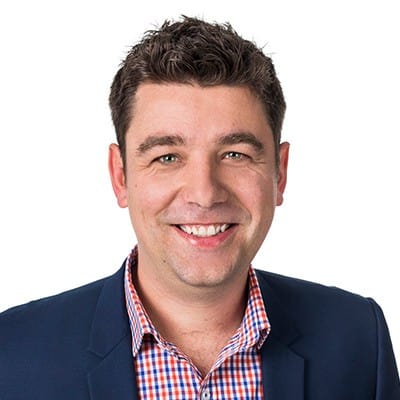 “Karl was able to diagnose my pain and quickly identify what needed to be done. It was clear to me that his advice was tailored to our situation. As an agency specialist, he knew where to look, and what to say to persuade me to take action. We are a million times better for it.”

Picking a Niche Moved the Needle in a Big Way

During his proprietary coaching intake process, Karl quickly diagnosed that Paul’s challenges stemmed from a lack of specialization. Paul shares: “Jay Baer calls Karl ‘one part confidante, one part ass-kicker’, which was very true in my situation.”

After committing to specialize, Paul was unsure of which niche to choose. He had considered the construction industry—because he had a few small clients in that space—but Karl encouraged Paul to leverage his prior corporate experience—as head of marketing for one of Australia’s fastest-growing law firms.

“Karl showed me the light! In my heart of hearts, I always knew I’d end up back in law, but I needed someone to help me commit. Karl gave me the confidence to proceed with law and persuaded me to take the advice I give to my own clients—pick a niche that you are good at, know well, and can essentially dominate one day.”

Once Paul leaned into specializing in legal marketing, his agency took off. “As soon as I chose law as my niche and started telling prospective clients and existing clients that we just focus on law firms, our annual revenue doubled,” shares Paul. “The first time we doubled, we weren’t doing any marketing—just existing relationships and good old business development work.”

Many agencies struggle to continue to grow revenue beyond referrals—but that hasn’t been a problem for Paul. He worked with Karl for less than a year but has continued to see big gains since then.

“I can definitely see the value in a long-term engagement for an established agency but we were so small at the time,” shares Paul. “Karl was able to diagnose my pain and quickly identify what needed to be done. It was clear to me that his advice was tailored to our situation. As an agency specialist, he knew where to look, and what to say to persuade me to take action. We are a million times better for it.”

Some agency owners think engaging with an executive coach isn’t a priority, but Paul says that’s short-sighted. “If you’re an agency looking for strategic advice, I’d argue it’s important to get that before committing to new priorities,” shares Paul. “And it’s not just strategy. Karl’s coaching helps you make better tactical decisions, too. And Karl’s advice will shorten the timeframe it takes you to implement your plan.”

Doubled Revenue in a Year… and 8X in Under 5 Years

When Paul first engaged with Karl in 2016, it was just him and two full-time people. “A year after engaging Karl, we profitably doubled our revenue.”

Now, almost five years later, Paul shared that Toro Digital has grown 8X in revenue, to a team of 20 people. “We wouldn’t be in the position we are today without Karl’s advice and encouragement.”

Want these results for

If you’re ready to focus on the things that matter—and do less of everything else—we’re ready to help! Contact us to apply (or join the waiting list, if spots are currently full) for Executive Coaching with Karl Sakas.