The ONE time your agency might do an RFP 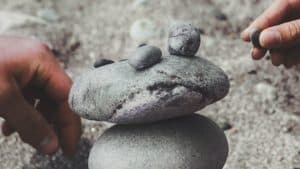 Respond to RFPs? Rarely… and only with an “unfair advantage.”

An agency owner recently asked: “Should we respond to RFPs?”

My advice? No, don’t respond to RFPs… especially without a true “unfair advantage.”

Still tempted by that RFP, or enjoy repeatedly smashing your thumb with a hammer? Keep reading…

Why responding to RFPs is a bad idea

RFPs are inherently stacked against you, skewing in favor of the client—and RFPs are a poor ROI on time and effort for the agencies involved.

Sometimes larger companies do an RFP when they already have a winner in mind… but procurement has required them to get at least three bids. Are you a viable competitor, or just their obligatory third bid?

Is this even work you want to do? Are you likely to be the most qualified bidder, or this just a long-shot shiny object?

Still want to do a sales proposal in response to an RFP? I think it’s a bad idea—especially if it’s a government client, as I note below—but it’s your agency.

If you’re going to proceed, at least consider where the opportunity falls on my continuum of “RFP unfair advantages.” Without one, you’re even less likely to win the RFP.

1. You’ve worked with the client before, you know the people involved, and you know the internal politics. (Although this raises a fundamental question: Why are they doing an RFP, instead of just asking you directly?) [Best of the worst]

2. You know the decision-maker from a previous job, and you have a good relationship with them.

3. You can get a warm intro—from a mutual connection—to speak with the RFP’s creator.

4. You cold-contact the prospect with questions and they share answers that they aren’t posting publicly.

5. They won’t share answers, but they’ll at least share how many they’ve invited to apply. [Worst of the worst]

IMPORTANT: Check the RFP guidelines to see if these are permitted in the RFP you’re pitching. Often, some or all are prohibited, especially with government RFPs. Talk to your agency’s attorney to confirm.

None of these “unfair advantages” apply to you in the RFP you’re considering? You might try to rationalize an exception, to justify applying anyway. Let’s burst your bubble.

What if the RFP doesn’t match any of these? If the prospect won’t even share how many agencies they’ve invited to apply, you have zero advantage. Quit while you’re ahead.

What if you have a salesperson, and you have them do the RFP? That’s certainly an option, but is that really the best use of their time and energy? Maybe, but probably not. And giving your team the worst assignments isn’t exactly “leadership by example.”

My clients who work with local government clients often have to do RFPs, because that’s just how their clients work. But you’ll want to weigh whether to submit yourself to such a skewed, anti-agency process.

Be careful—an unfair advantage might violate the terms of a government RFP, especially if it’s a conflict of interest, and may even be illegal.

The State of Connecticut notes, in avoiding giving an proposing firm an unfair competitive advantage, that:

“(2) firms and individuals may not solicit, review, or receive [Best Value Design-Build Procurement Process (BVDB)] criteria weighting or evaluation materials prepared by the Department or its consultants during the procurement phase, either directly or through an intermediary;

(3) Proposers (including subcontractors, employees , or representatives) shall not communicate with or attempt to influence the [selection committees] or other Department representatives involved in the BVDB selection process, except as allowed by this RFQ, and subsequently by the RFP;

(4) Proposers may not engage or employ current or former employees of the Department or its consultants involved in preparing this RFQ or RFP.”

And a 2013 Canadian procurement case shows that even being the incumbent may put you at risk, if the RFP issuer handles the process poorly:

“…the Ontario Superior Court of Justice found the government of Canada liable for having unfairly favoured the incumbent service provider over competing bidders by making inaccurate disclosures of anticipated work volumes in its solicitation document. … After RLRS won the [approximately $1 billion contracts], the government discovered irregularities relating to the conflict of interest of one of its employees who had attended a boat cruise with an RLRS official. The government also discovered that the 2002 evaluation process was flawed due to an unreasonably compressed posting period that unduly favoured the incumbent…” [Source: ProcurementOffice.com article that’s no longer online as of July 2019]

Solution? Think hard about whether working with government clients is worth your agency’s time. (Similar restrictions may apply if you’re pitching a publicly-traded corporation, too.)

Although government clients often have big budgets, that’s not always the case. And the oversight burden may be more than an independent agency can afford to manage. For an extreme case, look at what happened to UC Davis and its agencies a few years ago.

Handling RFPs at your independent agency

Ultimately, RFPs are a bad idea for most agencies. You would be better off putting your efforts towards self-marketing to attract clients who want you, instead of clients who expect your agency—and perhaps dozens of other agencies—to jump through endless hoops in a zero sum game.

But if you’re going to invest the time to respond to an RFP, you’d be wise to focus on opportunities with unfair advantage(s)… as long they’re legal.

Question: How do you approach RFPs at your agency?