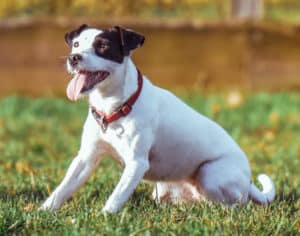 Busy doing client work at your agency? Don’t stop selling and marketing to get new clients!

Tired of doing sales? You can relax a little when things are busy… but don’t stop marketing and selling your agency’s services.

Why? If you stop now, your sales pipeline will dry up in six months, and then you’ll go into feast-or-famine panic mode.

The owner of a fast-growing agency in New York reached out about agency coaching, but ultimately decided to wait:

“I just had a bunch of new business opportunities come in and I don’t think I’ll be able to devote enough time and mindshare to [getting help] right now.”

I understand being busy—but I hope he keeps selling; it’s dangerous to stop. For an alternate take, consider “The King of the One Liners,” one of the 20th century’s most prolific comedians.

I came across an unexpected pair of anecdotes about Henny Youngman (1906-1998)— the “Take my wife… please” comedian. Per Wikipedia:

“Youngman never retired, and he performed his stage act in venues worldwide until his final days. As his fame passed into legendary status, he never considered himself aloof or above others, and he never refused to perform a show in a small venue or unknown club.

In a tribute to Youngman, TV and animation producer Mark Evanier described him in a way that emphasized both his money consciousness and his love of performing:

He would take his fiddle and go to some hotel that had banquet rooms. He’d consult the daily directory in the lobby and find a party—usually a Bar Mitzvah reception—and he would go up to the room and ask to speak to whoever was paying for the affair. “I’m Henny Youngman,” he would tell that person. “I was playing a date in another banquet room here and one of the waiters suggested you might want to have me do my act for your gathering here.” He would negotiate whatever price he could get—$200, $500, preferably in cash—and he would do his act for them.

Roger Ebert described a similar episode in a 2011 film review:

I once observed Henny Youngman taping a TV show in the old NBC studios at the Merchandise Mart. We got into an elevator together. It stopped at the second floor, a private club. A wedding was under way. Youngman got off the elevator, asked to meet the father of the bride and said, “I’m Henny Youngman. I’ll do 10 minutes for $100.”

Not sure that would work for us today—but it certainly worked for him: “Henny was renowned for having worked almost every day for over 70 years without vacations or other breaks.”

To be fair, it appears he didn’t care about work-life balance, and there are perhaps some packaging issues about a celebrity comedian showing up, asking for money. But that aside—imagine Amy Schumer or Jon Stewart randomly showing up at your wedding reception today and offering to do a 10-minute set for $1,000. I’d say “Yes.”

When you stop marketing because you and your agency’s team are “too busy” with current clients, you’re guaranteeing a weak sales pipeline in the future. The “shoemaker’s kids” isn’t a good excuse.

How much sales activity is “enough”?

Now, how much is “enough”? You’ll have to decide for yourself, but here are a few guidelines.

Everything operates on a lag. If you don’t have the proposals pending, no one’s going to show up tomorrow and say, “I know we’ve never talked before, but we want to hire you right now. Take my $100,000, please.”

Magical thinking doesn’t cover payroll—or the profit margins above your expenses to compensate you for the risk of owning a business. Appreciate that you have plenty of client work… but don’t stop selling.

Question: How do you make time to continue doing marketing and sales at your agency?