Who’s REALLY in charge: Why your agency needs an ARCI Matrix 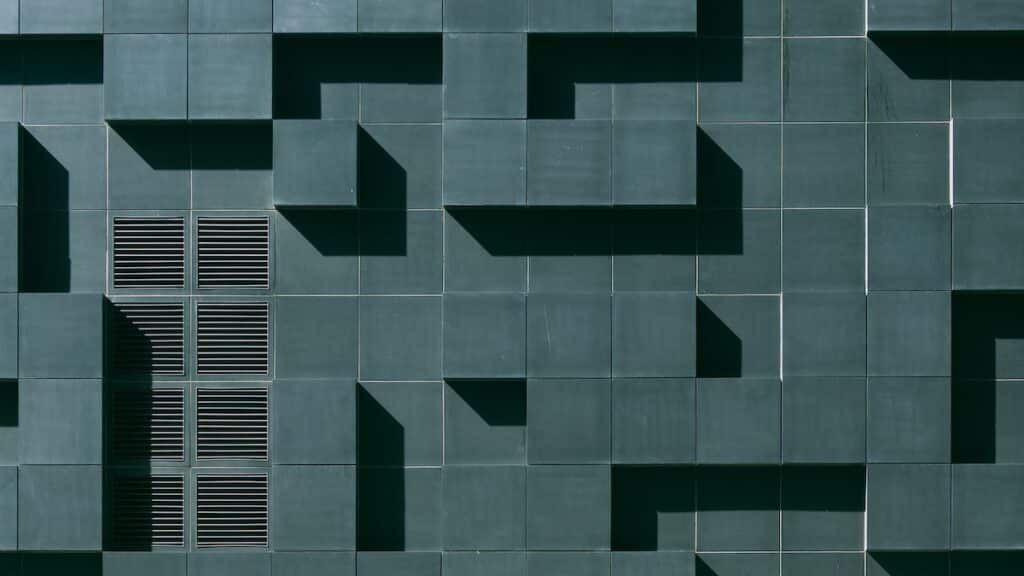 As agencies grow, they often struggle with a key question: Who is in charge of what?

Even if you have defined employee roles with titles to match, like “Account Manager” or “Project Manager” or “VP of Sales,” the lines of what tasks people are ultimately responsible for can get blurry, particularly as the agency adds clients, services, or team members.

Fortunately, there’s a tool you can use in these situations: the ARCI Matrix.

Pronounced “are-see,” the ARCI Matrix makes it easier for you as the owner to get things off your plate, by delegating to your growing team. It also solves a host of problems that can cause drama… and hurt your profit margins.

Before we dive into the problems you can solve, let’s take a look at what the ARCI Matrix is all about.

The ARCI Matrix is a tool you can use to clearly define roles on any work activity, whether it’s a major responsibility or a specific task. Also known as a RACI Matrix, it works for internal and client-oriented tasks. To create one, consider the four following roles for each project, task, or client relationship:

Some people call this the RACI Matrix (“race-ee”), but I believe it makes more sense to have the Accountable person at the top, as they are ultimately on the hook for ensuring the work’s done. Hence: ARCI Matrix.

The matrix can take the form of an actual matrix chart—where you put the roles across the top or side of a spreadsheet or other table and fill it out with names. Or it can be a checklist, where each part of a project is checked off as it’s completed, with roles explicitly named for each task. However you choose to lay it out, the important part is getting it done.

How to get started with the ARCI Matrix

I always recommend agencies start every client engagement with a pre-kickoff survey. For client work specifically, have stakeholders fill out a questionnaire where they identify ideal outcomes, challenges they foresee, and what they’ve tried so far.

For both internal and client-facing work, you’ll then want to gather all key stakeholders in the kickoff process. During this time, you’ll decide on roles and responsibilities—and that’s where the ARCI Matrix comes in.

Determine who is Accountable (the ultimate owner) and who is Responsible (the “doer”). Are they the same person? Especially when there are multiple responsible people on a project, make sure they know exactly what they’re responsible for.

Outline who needs to be Consulted and who merely needs to be Informed. This may be determined by your ideal outcomes—is the goal to get as much input as possible, or are you trying to be speedy in getting the job done? All of these factors are important to consider in determining roles.

Now that you understand what the ARCI Matrix is and how to use it, here are some problems you can solve—and drama you can reduce or even eliminate—just by including it in your kickoff process:

I frequently see “leadership vacuums” in my agency consulting; it’s a common part of the growing pains of a company expanding. But it’s a vacuum to eliminate.

How so? The lines of ownership start to blur on certain projects, or certain client relationships as teams expand. Or maybe someone decides they don’t want to be responsible for a certain task—abdication rather than delegation—but they don’t assign it to anyone else. That creates the “vacuum.”

When there’s a leadership vacuum, one of two things ends up happening:

As you might imagine, neither of those are ideal scenarios.

In the first case, the people who are doing the task may not be observing the Values, Goals, and Resources that you would want them to follow. They haven’t been updated on what’s going on because they were never expected to do it.

And if a task doesn’t get done at all, well… that’s usually even worse. Imagine the task is paying your quarterly payroll taxes—you’d be in some trouble, to say the least.

Outlining roles with the ARCI Matrix means you—and your team—never have to guess who’s in charge. And you can use the ARCI Matrix to adjust as you expand, without dropping the ball.

Because if they don’t… it won’t get done, and now everyone’s in trouble.

2) Use ARCI to reduce unpredictability

I worked with an agency where there was a lot of confusion about who was in charge of what. For instance, the CEO had delegated sales to a salesperson who was not on the executive team. However, another team member with a VP title was often involved in sales—usually without involving the salesperson—but struggling in certain areas. So occasionally, the CEO would jump in to assist. Yet sometimes they wouldn’t.

The problem was, you could never predict when they were going to jump in or not. The team stopped taking initiative—and stopped double-checking their work—because they figured the CEO would usually save the day.

In my agency consulting review, I noted that the CEO was right to step in—they needed to ensure the work was getting done. But by not having clearly defined roles and responsibilities, no one knew what to expect at any given moment. This can create a lot of inefficiencies in the workflow, duplicative efforts in getting things done, and a lot of frustration for everyone involved. Cue the drama.

In order to create consistency, I recommend scheduling interim check-ins while assigning roles with the ARCI Matrix. You might be thinking “But I don’t want to micromanage my team,” and that’s fair.

But it’s not micromanagement when it’s a pre-planned check-in. Everyone will know what to expect, and by carving time out to talk over a project’s process, you’re building in time to troubleshoot problems and create a space where your employees can ask for support if they need it.

This can reduce—or even eliminate—all kinds of internal drama while also streamlining your delivery workflow. And ultimately helps you bring in more money: Win-win all around.

In my work, I see agencies get into trouble when a stakeholder believes they should be Consulted, but the agency thinks they should be Informed. This person may continue to jump in and offer unsolicited advice, information, or edits to the work—ultimately slowing everything down and making life harder for everyone else.

Or vice versa—someone who thinks they’re Informed might hold up the workflow by not realizing someone else is waiting on their Consulted input.

Someone who is merely Consulted may even think they’re in charge—as in the earlier examples of leadership vacuums, where people step-in to do the boss’ incomplete job. Often they mean well… but sometimes not so much.

This is where having defined roles—via the ARCI Matrix—comes into play:

Anyone who may be involved in a task or project—even if their role won’t come into play until the very end—needs to be a part of the kickoff process.

I see a lot of agencies run into problems when executives decide they don’t need to fill out pre-kickoff surveys, or that they don’t have time to be on initial calls. These are the exact people who are going to suddenly show up right at the end of the workflow, drop negative feedback, and leave you and their employees to clean up the mess—also known as a “swoop and poop.”

If a stakeholder really can’t be bothered to participate in the kickoff process, get explicit confirmation from them that they will only be Informed and not Consulted. Get them on board from the beginning, and if they try to change things later, you can refer back to the original discussion.

If something changes throughout the process—maybe a stakeholder leaves the client company or a new person joins—revisit the ARCI Matrix you’ve established. Don’t be afraid to address changes in the middle of the process; a mid-engagement kickoff can head-off potential drama later.

Ultimately, the ARCI Matrix can help make difficult conversations a lot easier. Having roles and responsibilities outlined at the start of a project means no one will be surprised to learn that they aren’t actually in charge of something, or that they were the one meant to submit important documents.

If you’re finding drama at every turn, consider what your project kickoff process looks like—and then consider how you manage roles along the way. Incorporate outlining roles any time you take on a new task. Revisit tasks currently in action—can they be streamlined with the ARCI Matrix? If you’re not sure, you can get my private 1:1 help when you instantly book a Bite-Size Consulting call with me.

Question: What are some workflow processes at your agency you can improve by outlining roles using an ARCI (RACI) Matrix? 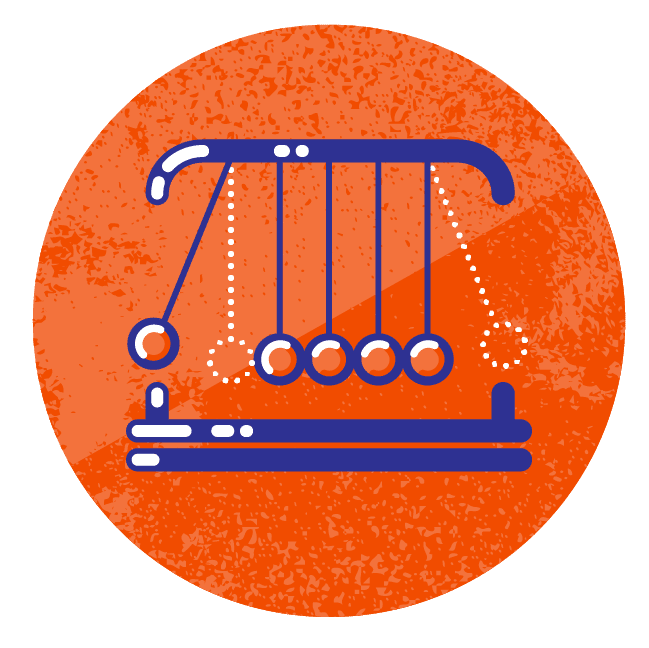 Need to make a tough decision at your agency?

Tough decisions are easier when you talk to an expert first.

I’ve advised owners of 400+ agencies in 36 countries—and you can get a bite of that knowledge at a fraction of the cost.

I can’t make the hard decisions for you—but I’ll help you find clarity to make better choices, so you can move closer to your best possible outcome.