Heroic efforts: How far to push others, and yourself? 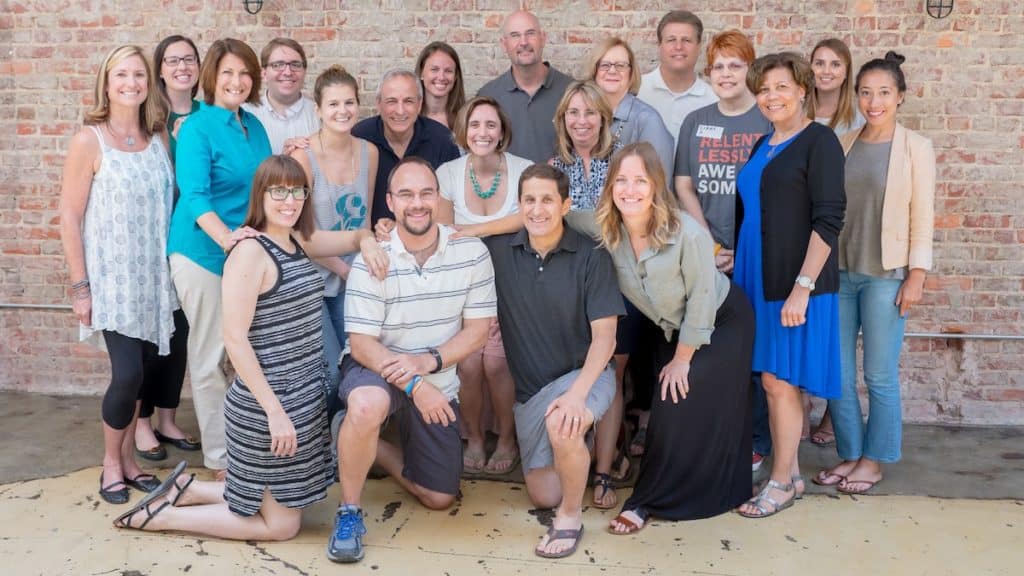 I vowed to avoid “heroic efforts” as I became President of a high-performing marketing association in early 2016.

After years of continuous “bigger is better” pressure, volunteers were getting burned-out. Serving as President (and President-Elect) meant committing to two years in a stressful, unpaid 20 hour/week job. And every month (or week!), there was a new crisis to manage.

I’m not opposed to heroic measures altogether—sometimes they’re what you need, especially in truly dire situations—but I’m concerned when heroic measures become the norm rather than the exception.

To me, our organization’s strategic and operational approaches were unsustainable—we’d achieved great results, but at too great a cost. Historically, it appears we opted to “maximize” rather than “optimize.” That is, we pursued raw continuous growth rather than a more intentional return on investment (ROI).

And now, I was in a position to do something about it.

Commitment: Avoid our past focus on heroic efforts

As I stepped into the top role, I concluded we needed to do things differently. My goal was to apply my executive coaching expertise to help my entire team—the 15 executive board members and (indirectly) all 100 volunteers—as we served our 700+ members.

In short, we’d seek to avoid heroic efforts. We’d do our best, but wouldn’t push the all-volunteer team beyond what was reasonable. We’d commit to “optimize” over “maximize,” even if our membership shrank in size, or we didn’t win the annual chapter-ranking awards. (Although I hoped we’d earn a smaller award for Leadership.)

I knew this would require a shift in leadership culture… and I found a book to help me “enlist” my team in making the changes happen across the organization.

How we’d get there: “Turn the Ship Around!” and “Leader-Leader”

As with many agencies, the leadership team was a bottleneck—because subordinates were often asking what to do. I knew this was traditionally part of the association chapter’s history, and I knew that reducing those questions would be vital in shifting the culture. As they say, “If your team keeps asking you what time it is… build them a clock.”

As we started the year, I assigned my executive team to read the book Turn the Ship Around!: A True Story of Turning Followers into Leaders, by former Navy submarine captain L. David Marquet.

From doing the Grinnell Leadership boot camp, and from The Human Brand‘s “Warmth & Competence” model, I knew my natural tendency was to prioritize Competence (at the expense of Warmth). As a result, I built Warmth-creation into my leadership process. This proved to be especially important when I faced unexpected challenges—because heroic efforts tempt us to prioritize Competence (results) over Warmth (your team’s morale).

To stay on track, I did weekly calls with my predecessor, the Immediate Past President. We used the time to troubleshoot problems and discuss my own “I intend to…” plans. This weekly cadence helped me stay weeks and even months ahead, while handling daily challenges. I also did ongoing calls with my successor, the President-Elect, to get her feedback and to share my decision process, to help her succeed when she stepped into the top role.

I also discussed my volunteer leadership with my own coach. As President-Elect and as President, this topic consumed 50-90% of my weekly coaching calls… for two years. It helped to have an objective sounding board, for a mix of unbiased advice and someone equally committed to my improving as a leader.

Results: Good for my team… but mixed for me

How did it go? During the 2016-2017 chapter year, I managed to create a largely “no heroic efforts” experience for my executive team… but not so much for myself as the president.

There were several points that I found myself inexorably drawn into heroic efforts—in retrospect, breaking the commitment I intended to model for my team. Here’s where I failed on my initial “no heroic efforts” commitment:

Yet on the whole, I feel like I achieved a major shift in culture—for the President role and for those on my team.

Heroic efforts are inherently seductive—”if we push hard to do X, Y, and Z, we’ll succeed”—and hard to measure.

This means ROI calculations—on the “investment” via heroic efforts—are difficult to calculate accurately. Perhaps you could have worked less hard and still met your goal. Or perhaps your efforts would never have succeeded, no matter how hard to you push—in which case it’s smarter to choose a Plan B instead. You don’t know for sure until after you’ve expended the effort.

What about the annual awards, and how we ranked among 75 chapters across North America? A few months after I finished my goal, I was at the gym when our chapter advisor called. She shared the news: We were the #2 chapter in the world!

It was a drop from #1 the two years before, but I felt like it was a great ROI: we’d become #2 with fewer heroic efforts than it had taken to become #1. Yet I wondered how we’d have performed if I’d achieved my original goal of zero heroic efforts.

Since my tenure: A culture shift away from heroic efforts

So, how did it go? Four years after I chose “avoid heroic efforts” as a key leadership value, I’ve seen shifts in the chapter’s leadership culture. Removing the pressure to be #1 means the chapter has more flexibility to try new things.

As is true for any organization, there are still some challenges. But the pace of leadership culture is certainly more sustainable than what I inherited—that is, heroic efforts are now the exception rather than the norm.

Your agency: Deciding how to approach heroic efforts

What are your takeaways from my allegory around heroic efforts as leaders? Especially today, amidst the COVID-19 pandemic, consider:

During stressful times, it’s harder than ever to resist “heroic efforts.” To be clear, you don’t need to avoid heroic efforts completely—they might be just what you need right now, as uncertainty and recession loom.

But as the entire world struggles, I encourage you to be intentional about how you approach heroic efforts, including the ROI on your commitments and how they fit your agency’s Values, Goals, and Resources (VGR). Good luck!

Questions: How do you approach Heroic Efforts at your agency? Does the pandemic change your values as an agency leader, or does it reaffirm your commitment?